UEFA Euro 2016 or Euro 2016 is the European Football Championship, and this year the final tournament will be held in France, for a total period of one month.
There are 24 teams who will participate at this championship, each of them representing a different country. As any other European Championship, this year will be the same: we’ll have six groups, each of them consisting in four teams.
The countries who qualified for Euro 2016 are some of the best in Europe, but the biggest question is which team will win European Championship this year? There are many valuable players in each team, but some might have bigger chances if we’re looking back to the trophies they’ve won in the last period of time.
Here is our top 10 most likely countries who can win Euro 2016:

10. Switzerland
Switzerland did a good job in the World Cup 2014, being eliminated with big efforts by Argentina in the extra time. You shouldn’t miss the fact that Argentina reached the final of the World Cup in 2014, so they were a very powerful team at that moment.
Switzerland hasn’t many international top players, but they are a good team with hard working players who fight for their chances. Xherdan Shaqiri is their best player, and he plays for Stoke City.

9. Poland
Even if they don’t have very known players who play for the best teams in Europe, Poland has chances to do a great job this year because they are prepared and they are ready for anything.
Having Robert Lewandowski in their team is a big plus, but some say that it isn’t enough. Maybe they don’t know that nobody scored as much as Lewandowski did in this qualification stage, so if he’s doing the same in the European Championship, he could really help his country.

8. Croatia
It is the same thing for Croatia as for Poland. They don’t have the best players in the world, but their players are doing a good job together.
Names like Ivan Perisic who plays for Inter Milano, Ivan Rakitic, the player of Barcelona and, we can’t forget about Luka Modric from Real Madrid are some of the players of Croatian team. It is good to know that those players have a lot of experience because they played in UEFA Champions League, so they are familiarized with the top football competitions.

7. Portugal
When we’re talking about Portugal we’re talking about Cristiano Ronaldo’s talent. The most important questions(question) is this one: Is Ronaldo able to help his team by his own? The specialists say that the effort and the talent of a single player isn’t enough, so his whole team should be doing a great job and Portugal has chances to reach the quarterfinal stage.
We can also remind about Nani, Ricardo Quaresma , Rafa Silva, Eder or Andre Gomes, other players who could help Portugal to do a good job for this final tournament.

6. England
It’s clear that England will miss the talent and the experience of David Beckham, but they still have some “veterans” in their team who could do a good job for their country.
Players like Wayne Rooney, James Milner and Gary Cahill have a lot of experience from international games but also from the UEFA Champions League competition, and helped by the younger players they could also reach at least the quarter finals for this championship. Most of the England’s players play for powerful clubs from England like Tottenham, Chelsea, Liverpool, Everton, Manchester United, Manchester City or Arsenal.

5. Italy
Italy is a promising team this year because they are unbeaten in the qualifying stage. They have 7 wins and three matches that ended in a draw from the total of 10.
Italy had many successes in the final competition of European Championship but also in the World Cup, so they are one of the top 10 countries who could win Euro 2016 this year.
Players like Gianluigi Buffon, Leonardo Bonucci and Giorgio Chiellini are promising to defend Italy’s team.

4. Belgium
It might be surprising, but the Belgium football team is the top of the FIFA rankings, and this isn’t all because they have super players who are able to make their country win Euro 2016.
Eden Hazard, Romelu Lukaku, Kevin De Bruyne and Thibaut Courtois are just some of the promising players who will play this year in the tournament of Euro 2016 for Belgium. We can’t forget that this team reached the World Cup quarterfinals in 2014 which is an important achievement considering that there are many young players in the Belgium’s team.

3. Spain
We can’t think about the final tournament of World Cup 2014 when Spain’s team wasn’t able to reach the fans expectations, but they promise that this year will be different.
They still have valuable players, but they will definitely feel the absence of Xavi and Xabi Alonso. On the other hand, players like Silva, Isco, Cazorla, Iniesta, Busquets or Fabregas can prove their skills and talent this year, and they could repeat the performance they had in 2012 when they defeated the Italy’s team in the final, winning Euro 2012.

2. France
Some players of the France team(French team vagy France’s team) are involved in a scandal, we’re talking about Karim Benzema and his team-mate Mathieu Valbuena. Unfortuantely, Benzema will miss this tournament, and the whole team will feel his absence, but there are also other high class players who are able to help France win Euro 2016.
Real Madrid defender, Raphael Varane and Paul Pogba are some of the best players in the world at this moment for their current position in the field, and helped by the experience of Patrice Evra and other players they have big chance to succeed.

1. Germany
Germany didn’t have the best qualification stage for Euro 2016, but they are still considered to be the best team at this moment because of their victory in the final stage of World Cup, in 2014.
They also have some of the best rated players like Muller, Reus, Gotze, Ozil, Schweinsteiger and many others. The perseverance of the Germans combined with their talent and their hard working are making Germany the favorite team who can win Euro 2016. 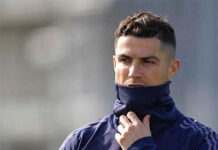 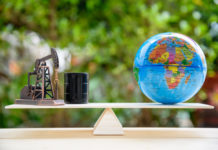